Josh is enthusiastic, willing, personable, committed and self-motivated. A pleasure to work with. 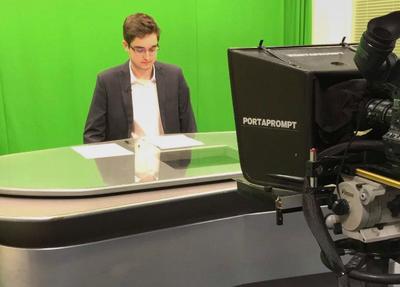 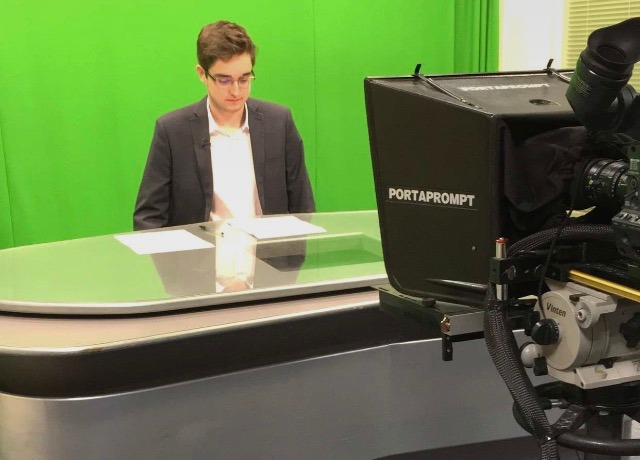 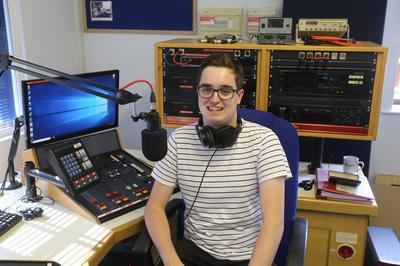 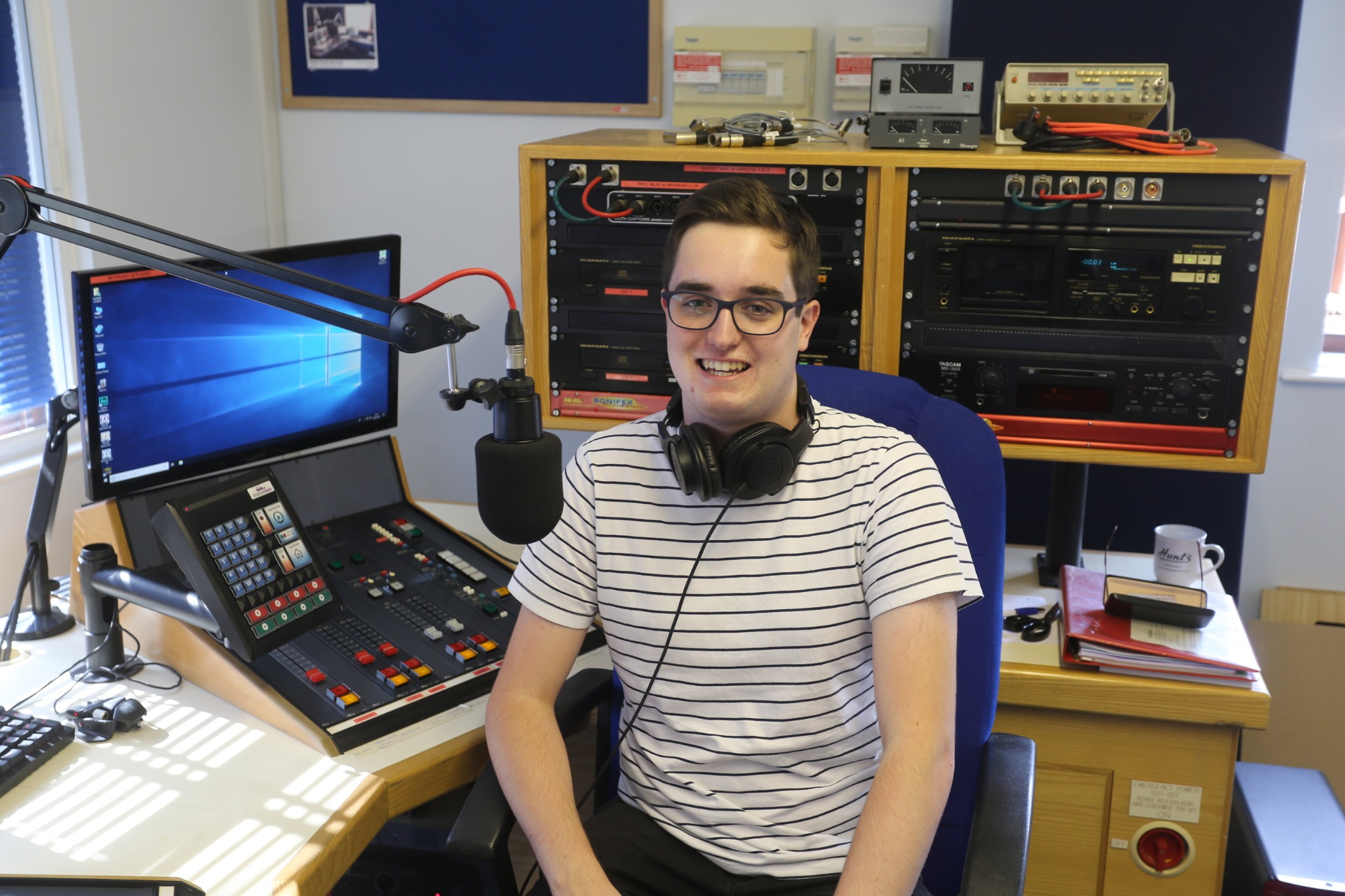 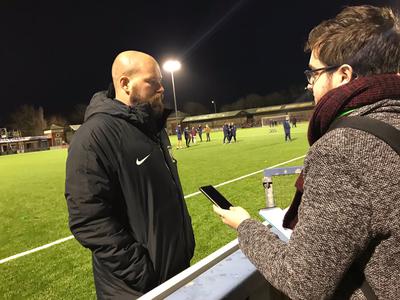 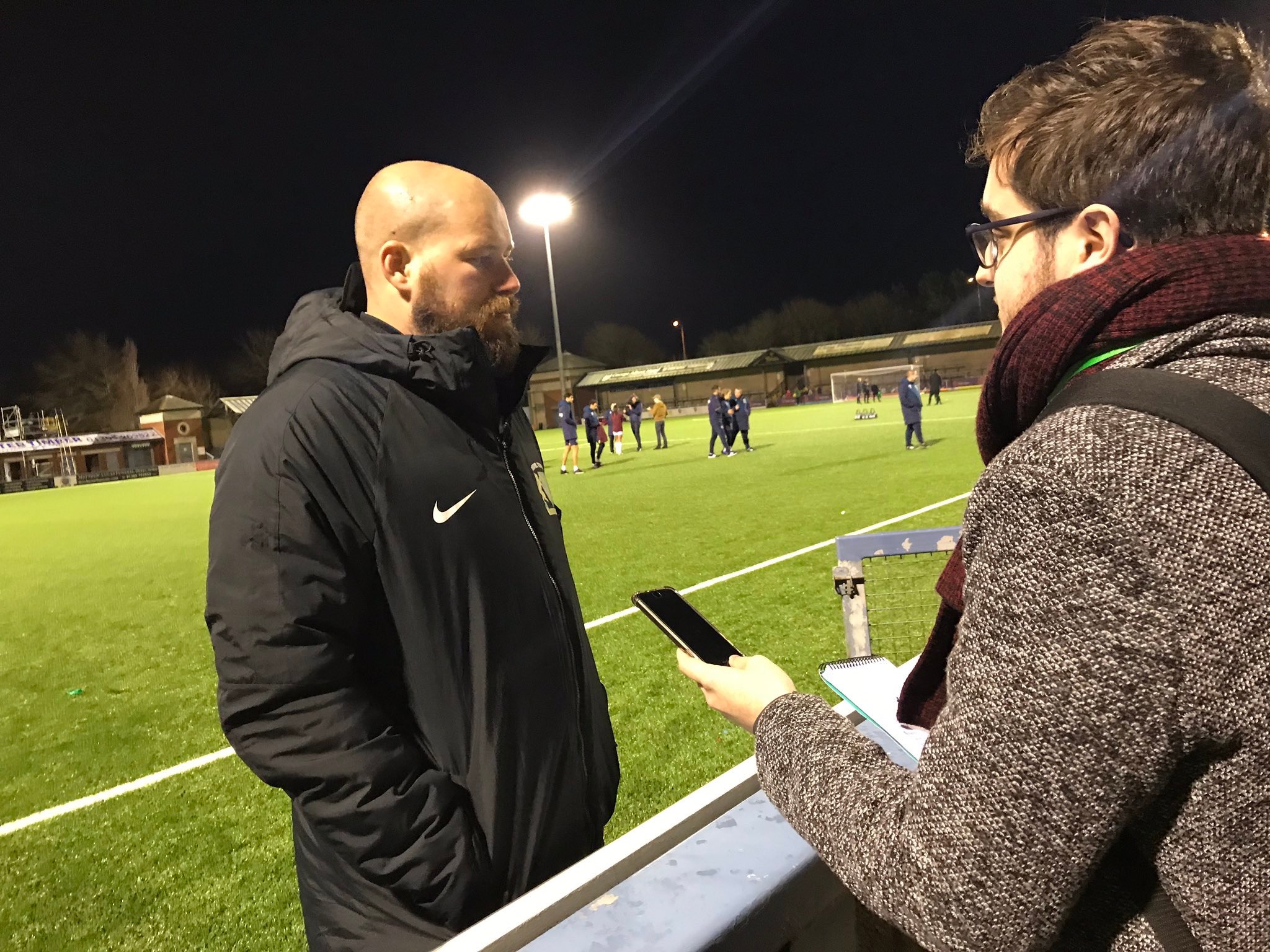 Josh broke a major story in September 2018 that was reported internationally. Having been evacuated from Cameo nightclub after an unknown irritant was released, he spoke to police officers, eyewitnesses and filmed the scene. Josh's Twitter updates received over 900,000 impressions. 40 people were treated by paramedics and one person was taken to hospital.

Over the next 24 hours and on very little sleep, Josh fielded media requests for his pictures from around the world including the USA, Japan and Germany. He conducted interviews across TV, radio, print and online, appearing on Sky News, the BBC, ITV, and in most national newspapers.

In January 2017, Josh broke the story of a chemical incident in Bournemouth University's Student Village. Neighbouring homes were evacuated and the area was cordoned off. Josh supplied interviews, pictures and information to national and regional media outlets. Tragically one student had died. The coroner later recorded a verdict of suicide. 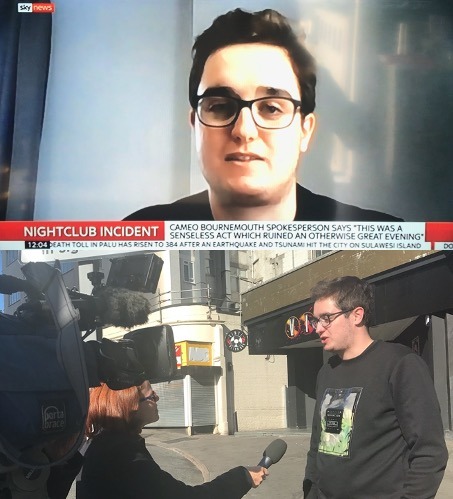 Josh has always shown great initiative. He is a great listener and always takes on board your suggestions. More than anything, Josh is 100% reliable.

2019 Graduate of the Multimedia Journalism degree course at Bournemouth University with First-Class Honours. Accredited by the Broadcast Journalism Training Council (BJTC), the National Council for the Training of Journalists (NCTJ), and the Publishers Association (PA). Achieved the BJTC's Professional Journalism Skills Certificate.

Fellow of the 2018 Salzburg Academy on Media and Global Change, earning a prestigious three-week scholarship to work with international students and industry leaders to re-imagine journalism in an age of distrust.

A grade in A-Level English Language with three A-Levels A to C, two additional AS-Levels A to B, and 12 GCSEs A Star to B. 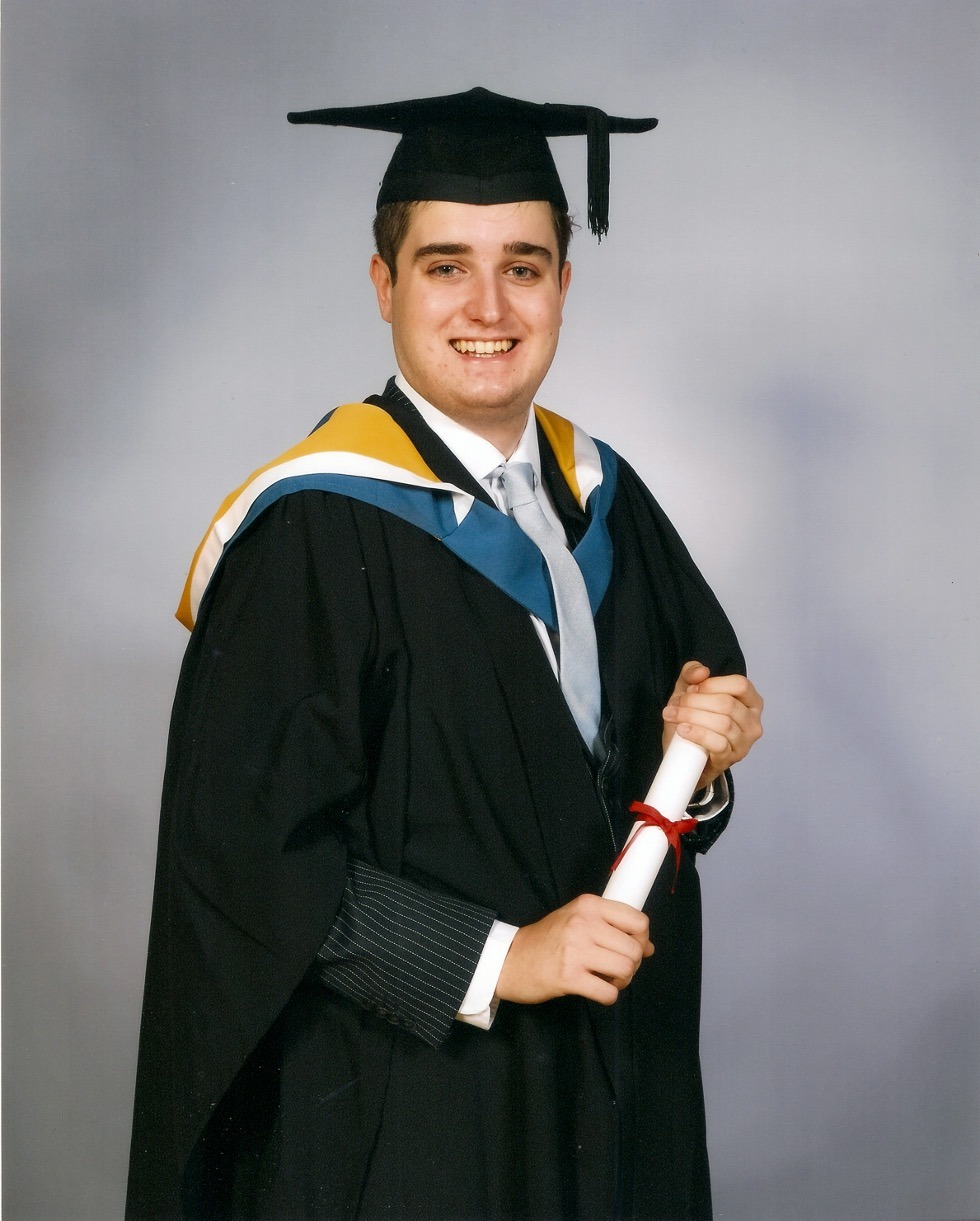 Josh is an enthusiastic, personable and respectful emerging professional. His record of attendance, engagement, group and practical work was excellent. The Salzburg Academy on Media and Global Change is an intensive three-week summer school and one of the world's leading year-long hubs of innovative pedagogy, applied research and community engagement.

The Academy brings together students, leading scholars and industry practitioners from five continents. Josh made a valuable contribution to his cohort appreciated by both his faculty and his peers.

Passionate about the media better serving young people, particularly through new forms of storytelling on social media, attending a 2019 BBC In Person Youth Audiences event at Television Centre to discuss and pitch ideas.

Committed to tackling misinformation through media literacy, helping run a two-day workshop in London's Olympic Park funded by the US Embassy. Wrote a 10,000-word dissertation into how young people interact with news on social media.

Commissioned to film the 2018 Kurt Schork Awards hosted by the Thomson-Reuters Foundation at their UK head offices in Canary Wharf, London. Shot the promotional video for an interactive app about Mary Shelley and Frankenstein.

Josh has interviewed then Deputy Prime Minister Nick Clegg, rapper Big Narstie in a swimming pool, and a number of sportspeople across men's and women's football and boxing. 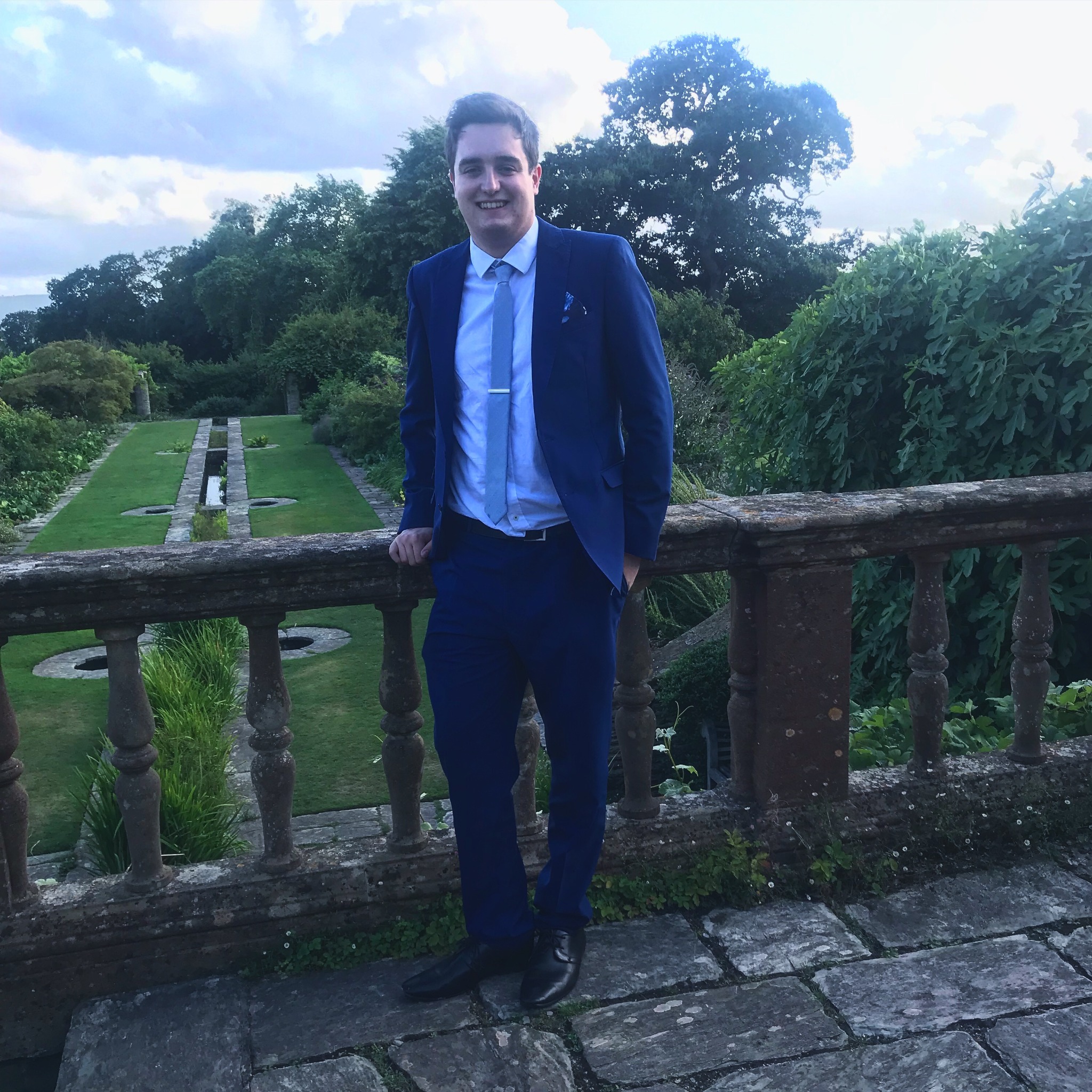 You're talented, not to mention enthusiastic. We could use more people like you.

Ten multimedia pieces of work from short video and audio documentaries to online articles and newspaper reports. Click to expand.

By 2025, Europe's leading allergy centre predicts half of us will suffer from at least one allergy. Josh explores this startling increase, speaks to those already affected and looks at the research is being done to try and combat this allergy epidemic.
Youtube • 11/01/2018

Video Documentary: Face It, It's Racist.

Josh speaks to a professional player, a psychologist and the UK's leading anti-racism educational charity to uncover the truth behind football's most shocking open secret. Shortlisted for a University award.
Healthy for Men • 05/07/2017

Article: The Future of Fitness Trackers

In an age of self-improvement, the rise of wearable fitness trackers is hardly surprising. But when does calorie counting turn from an option to an obsession?
Somerset Live • 02/04/2018

Article: How to find out what Amazon's Alexa has secretly recorded

Not long ago the idea that you could re-order toilet paper by speaking to a voice-activated device would have been confined to the pages of a Science Fiction novel but times are changing, and quickly.
SoundCloud • 10/01/2018

Audio Documentary: The Price of One Punch

The impact of one punch can last a lifetime, or end it. Josh speaks to a woman who lost her son and now campaigns to raise awareness. He looks at whether boxing glamorises fighting and discovers how one police force is combatting the problem.
Buzz Bournemouth • 21/01/2019

Multimedia Article: Samaritans encourage people to get together on Blue Monday

Bournemouth Samaritans are encouraging people to beat 'Blue Monday' and come together as part of a national initiative they say can save lives. A multimedia article including video and audio interviews, vox pops, and social media reaction.
The Football League Paper • 28/01/2018

While the Glovers impressive Cup run may be over for another year, they can take heart from a spirited performance. Outplayed at times, outnumbered on the break, but never outfought.
Western Gazette • 22/08/2013

Newspaper Article: Scouts rush to aid woman having a fit

Young scouts have revealed how they rescued a seriously ill woman while others walked past thinking she was "drunk".
Football Association WSL • 07/05/2019

An interview with local professional welterweight boxer Joe Hayes on his return to the ring after a long injury lay-off.

Josh showed a real willingness to learn and co-operate during a fast-paced, busy period. His application and presentation were excellent. We wouldn't hesitate in allowing Josh further opportunities within the industry. 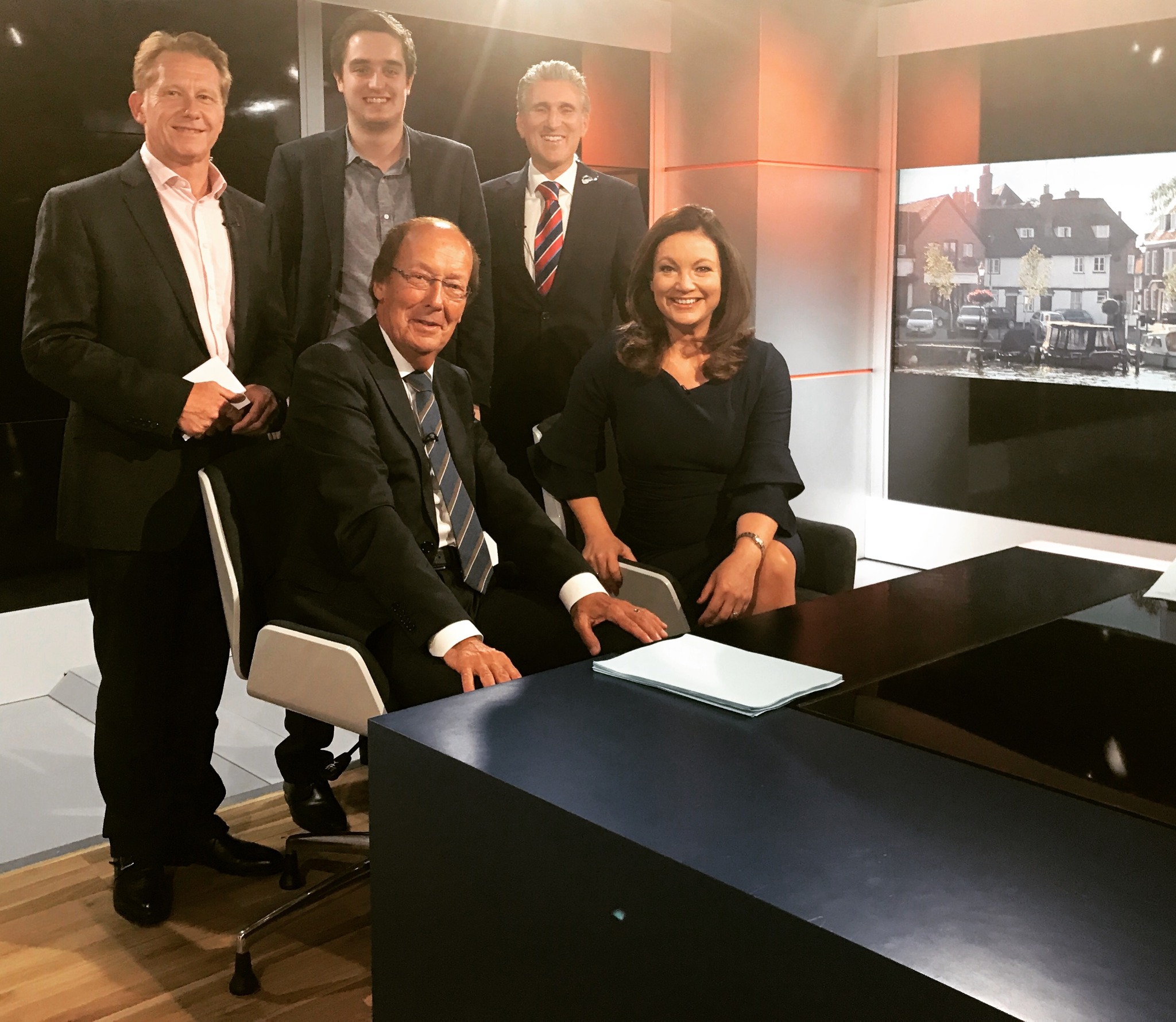 Josh conveyed a clear appetite for journalism and editorial understanding. He showed skills and clarity of thought more advanced than some third-year students we have had work for us [during a first-year University placement]. Hopefully he will be back.

Josh deputised for the club's Head of Media at the start of the 2016-17 season. This role included running the team's social media and announcing new signings, fulfilling matchday duties and overseeing press calls with journalists.

Josh played an active role in student media at University, becoming one of the editors for the Bournemouth Rock newspaper during his first year and producing and presenting news bulletins on Nerve Radio.

He has freelanced for a number of media organisations writing football previews, match reports and interviewing managers and players for reaction pieces across the men's and women's game. These outlets include Press Association Sport (with work published on BBC Sport, Sky Sports and ESPN), The Football League and Non-League Papers, Sportsbeat for the FA Women's Super League website, The Western Daily Press, Sunday Indy, and CheckdMedia.

Josh has always shown genuine enthusiasm and commitment to his work. After each interview, every player has said what a polite and enthusiastic young man he is. He meets our strict deadlines and has never let us down.

I am pleased to offer a personal reference as to his good character, honesty and reliability. I am yet to see Josh not smile, he is a cheerful chap with a great working attitude.

I am sure that whoever employs Josh will find him to be a hard worker as well as a very pleasant person. I confidently recommend him for any career he wishes to pursue.

Please use this form to get in touch with any work requests. Story tips, advice, queries and comments also welcome.

Josh was highly professional, enthusiastic and applied himself to every task he was set. We would be more than happy to welcome him back to our organisation in future.